There is mounting hysteria in Zanu PF over South Africa’s attempt to help Zimbabwe resolve its economic and political crisis. 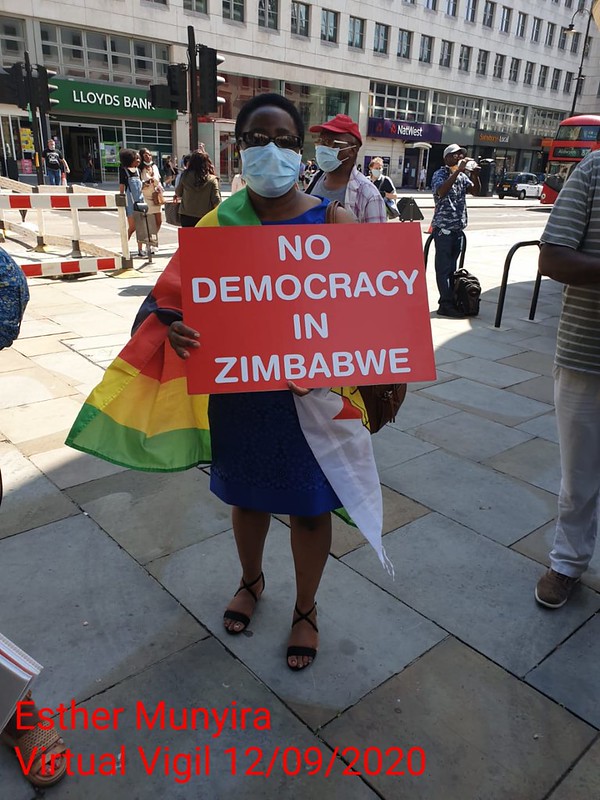 President Mnangagwa seems more and more like a crocodile on helium – the experiment that was awarded the Ig Nobel prize this week (see: https://www.bbc.co.uk/news/science-environment-54197198).

South African’s ruling African National Congress maintains that it will soon send a delegation back to Zimbabwe to meet the opposition and civil society stakeholders in an attempt to initiate dialogue between them and Zanu PF. It said it was ‘excited’ about the position on this taken by Zanu PF’s Secretary for Administration Obert Mpofu at their recent meeting in Harare (see: https://www.newsday.co.zw/2020/09/we-are-coming-back-anc/).

On the return home of the ANC delegation there was talk that ‘Zimbabwe is burning’. Blade Dzimande, the South African higher education minister, said that denying that Zimbabwe was in a political crisis was tantamount to denying self-evident truth. But Zanu PF seems to have performed a helium somersault. President Mnangagwa has now made it clear that he doesn’t want a South African delegation to meet the opposition. And Zanu PF’s director of publicity and information, Tafadzwa Mugwadi, accused the ANC of acting in bad faith in ‘forcing’ it to meet the opposition and civil society groups

After a politburo meeting, Zanu PF’s acting spokesperson Patrick Chinamasa called on the ANC to ‘rein in its errant elements who are communicating unfairly on our nation’. Chinamasa said that the politburo had agreed that the opposition’s ‘happiness in creating drama and faking abductions . . . should be ignored.’ He added that Zanu PF was instead setting its sights on winning the 2023 elections (see: https://www.newsday.co.zw/2020/09/ed-slams-door-on-ramaphosa/).

What did Mnangagwa, still buoyed by his crocodile nickname from the Gukurahundi massacres, have to say on that? ‘With 2023 elections in sight and our resounding and landslide victory imminent, let us remain unwavering in our revolutionary course by consistently strengthening and increasing our party membership base’ (see: https://www.timeslive.co.za/news/africa/2020-09-16-zanu-pf-accuses-anc-envoys-of-meddling-in-zimbabwes-affairs/).

The Vigil can only agree that Zanu PF victory is inevitable. With the electoral commission, the judiciary, the army and the police in his pocket how could the outcome possibly be different from the rigged elections of the past two decades?

MDC Alliance Vice-President Tendai Biti is more positive. The Zanu PF statements are all false bravado he said. ‘They are facing a crisis of legitimacy and delivery. A solution will be found.’ But perhaps he’s on helium too . . .?