Press statement on the proposed law to criminalise "campaigning against the country." 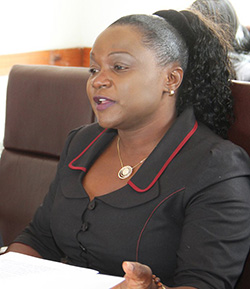 The National Transitional Justice Working Group (NTJWG) notes with grave concern, the intended criminalisation of what has been termed as “campaigning against the country” by the Government of Zimbabwe (GoZ).  According to an article published in the Sunday Mail newspaper on 4 October 2020, Cabinet will soon consider the principal framework of a proposed law that will criminalise and impose stiff penalties for “campaigning against the country” through private correspondence by private citizens with foreign governments and harming national interests.

The Permanent Secretary in the Ministry of Justice, Legal and Parliamentary Affairs, Mrs Virginia Mabhiza reportedly told the Sunday Mail that it is solely the State’s mandate to engage other nations on issues pertaining to foreign relations and that the proposed law will criminalise acts such as corresponding with a foreign governments without approval, making false statements which might harm the country and conniving with hostile foreign governments to harm the nation. This article comes after the Post Cabinet Press Briefing of 4 August 2020 in which Cabinet reportedly adopted the recommendations made by the National Peace and Reconciliation Commission in its 2018 and 2019 Annual Reports. According to the briefing, one of these recommendations was to legislate at law and criminalise campaigning against one’s country.

Freedom of expression is a fundamental right that is enshrined and protected in terms of section 61(1) of the Constitution of Zimbabwe. This right is a key feature of any democratic society and facilitates dialogue through the contribution of dissenting and diverging views in a country. However, section 86 of the Constitution permits the limitation of fundamental rights and freedoms to the extent that the limitation is fair, reasonable, necessary, and justifiable in a democratic society. The potential passing of the proposed law and the limitations it will impose on the fundamental right to freedom of expression cannot, therefore, be justified and it would be contrary to the values and the spirit of the Constitution, which is the supreme law of Zimbabwe.

The NTJWG notes that the GoZ has repeatedly asserted that the formulation of the contemplated law was predicated upon the recommendations of the National Peace and Reconciliation Commission (NPRC) in its 2018 and 2019 Annual reports. However, a close reading of the National Assembly Hansard which details the presentation of the 2018 and 2019 NPRC Annual Reports to Parliament does not refer to such a recommendation.

The claims by the Executive are therefore disconcerting and detrimental to the NPRC’s work which is of great national importance. The NTJWG, therefore, calls upon the Executive to retract its claims and halt all plans to pass this undemocratic law. Moreover, the NTJWG calls upon the NPRC to publicise its 2018 and 2019 reports and refute the false claims that relate to its participation in the formulation of the proposed law.

The NTJWG, therefore, calls upon the GoZ to halt all plans to enact this proposed law and prioritise the respect, promotion, and protection of human rights in Zimbabwe. This is key to ensuring that reports about Zimbabwe are positive and indicative of a State that is governed and based on democracy and constitutionalism.