One of Zimbabwe’s most venerated musicians, Thomas Mapfumo, has appealed to the international community to act immediately to stop what he called an ‘ever-rising crisis’ in Zimbabwe. 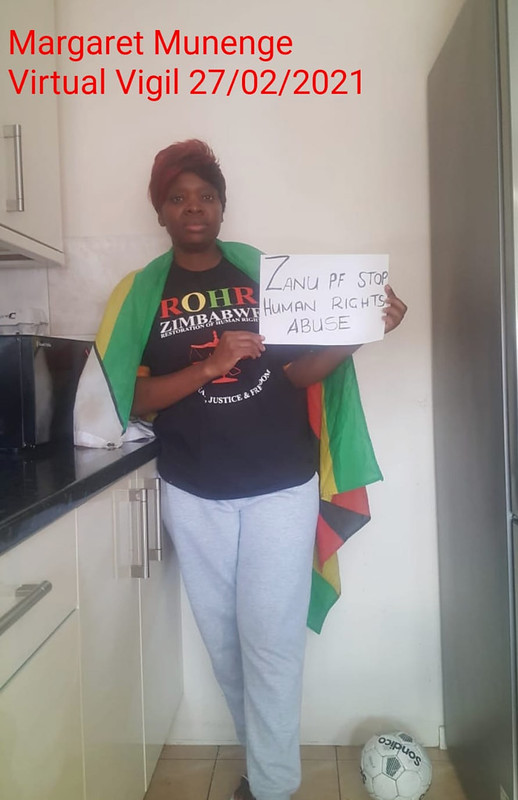 Mapfumo, an icon of the liberation struggle, now based in the United States, said Zimbabweans had been ‘sold a dummy’ when Mnangagwa took over after the military coup ousted Mugabe.

Mapfumo said Mnangagwa had promised to end corruption within one hundred days, rebuild the economy and promote democracy. Instead his real interest was to acquire power and wealth. ‘His family members and close friends, including Cabinet members, are at the front of most of the corruption scandals that are milking the national coffers.’

He continued: ‘Daily, the headlines are about catch and release. This is a scheme to release all fraudsters, using government power. National assets like minerals are now being parcelled among the President, his close friends and family as they divide the wealth with China.’ But, while the US, the EU and the UK were supporting Zimbabweans with aid funds, China was doing ‘very little’.

Mapfumo said the police had become corrupt and the judiciary had been captured and were now issuing partisan judgements in favour of Zanu PF. ‘It has also become clear that President Mnangagwa plans to have a one party state in Zimbabwe. He has invested into a number of mechanisms to harass members of the opposition, to infiltrate them using state resources and to disempower and intimidate them.’

‘Free speech is now out of reach as many live in fear of being followed or abducted in the open. It is a very dangerous environment now if one tries to belong or to identify with the opposition.’

Mapfumo called for the international community to supervise free and fair elections. The appeal came in the form of a letter addressed to international organisations such as the United Nations, the African Union, SADC and the European Union as well as to organisations such as the ANC and the US Congressional Black Caucus (see: https://www.newzimbabwe.com/mapfumo-calls-for-un-intervention-to-stop-zimbabwes-growing-crisis/).

Mapfumo’s intervention comes as the political opposition is being increasingly weakened by internal squabbles and defections to Zanu PF (see: https://www.zimbabwesituation.com/news/cockpit-conflict-ravages-alliance-as-an-insider-says-we-are-now-a-twitter-party/).