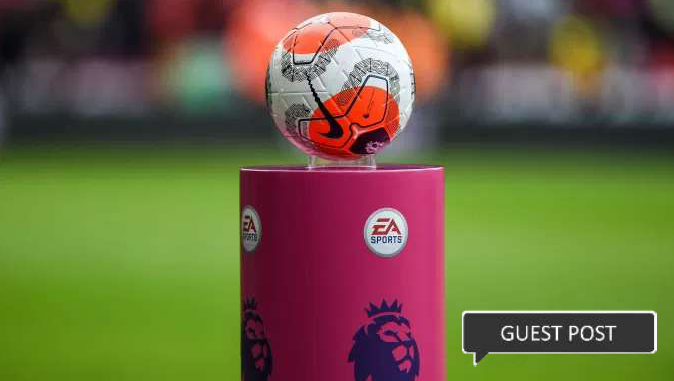 The premier league, commonly referred to as the English premier league or EPL, is a top-level English football league system. It is contested by 20 teams operating under promotion and relegation of clubs. Seasons run from August to May, with each team playing 38 football matches. Each team plays against another one twice in one season, both home ground and away ground. From its formation in 1992 to the current season, 49 teams have played in the league. Forty-seven of these teams hail from England, and the other two are Cardiff City and Swansea City are located in wales. These teams include Manchester United, Manchester City, Liverpool Football Club, Chelsea, Arsenal, Tottenham Hotspur, Everton, West Harm United, Wolverhampton Southampton, crystal palace, Leicester City, Aston Villa, Leeds United, Sheffield United, Brighton, hull city, reading, Swindon Town, Bournemouth, Burnley, Wigan Athletic, hove Albion, Newcastle United, Fulham and West Bromwich Albion.

The teams that finish at the top, that is, positions 1-4, are usually selected to compete with other teams in Europe. The bottom three teams in the league are typically relegated. They are moved to other lower division leagues. Although there are 20 teams on the EPL only seven teams have won the Premier League title, since its inception in 1992. These are Manchester United, Chealsea, Manchester city, Arsenal, Black Burn, Liverpool and Leicester City. Manchester united has attained more premier league titles, having won the 13 times. Chealsea follows with 5 titles, Manchester city 4, Arsenal 3 while Black Burn, Liverpool and Leicester City have won once each. The other remaining teams are still in the quest for the title.

The EPL is one of the most championed leagues in the world. If you take a group of 10 individuals randomly and ask them if the team they support and are proud of, 7 of them would mention clubs playing the English Premier league clubs. This means that the league has gained a lot of popularity.

Consequently, different companies have developed strategies to pay football fanatics and make football more popular among other games. Many companies have come up with sports betting. They have created an online platform where individuals can analyze the teams playing a particular match and predict their best outcome. If they get it correct, they are rewarded by multiplying their stakes with the platform’s odds. Sports betting has also gained popularity all over the world. Many individuals have been able to gain a lot of money through this. However, many individuals have lost a lot of their money through sports betting. Everyone is always advised to bet responsibly. One popular sports betting company is Betway.

Betway operates in various countries across Europe and Africa. You can safely place bets on the English Premier League teams via Betway. However, you have to be keen on which teams you bet on. Although there are 20 teams on the EPL only a few have been dominating. Those are the ones to bet on. Additionally the odds should guide you on which teams to bet on.