Everything went right for Zimbabwe’s cricketers as they began their two match test series with Afghanistan. A ten wicket victory, led by a Man of the Match performance from skipper Sean Williams saw the side claim only their 13th victory in this format. 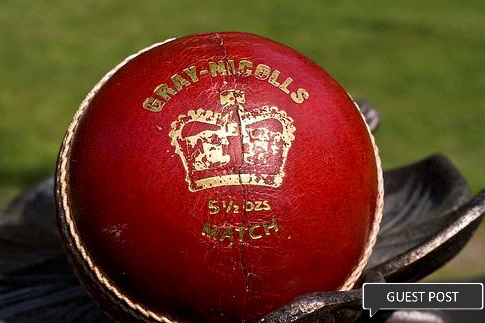 The Afghans responded well in the second test but, while Williams’ experience was key, there were some strong performances from the younger players which suggest that Zimbabwe cricket is in a better shape than it has been for some time.

While Zimbabwe were dominant throughout that opening test, the win has to be put in some context. Along with Ireland, Afghanistan are the newest members of the full international fraternity and they were playing just their fifth test of all time.

Afghanistan were also without Rashid Khan, the one player within their ranks who can be considered as world class in all formats. The leg spinner had taken 23 wickets in four previous test matches and could have been pivotal in what was a low scoring game.

Zimbabwe must, however, be given praise for the clinical way in which they closed out the game within just two days. Having dismissed their opponents for just 131 on first innings, Sean Williams’ side responded with 250 on a difficult, turning pitch. Skipper Williams’ century was the highlight but he received good support from Regis Chakabva and Sikandar Raza.

But it was the bowlers who really won the day for Zimbabwe: The opening attack of Blessing Muzarabani and Victor Nyauchi claimed 12 of the 20 wickets to fall while Donald Tiripano provided good support with three victims in the second innings.

It was a solid performance and it should give the Zimbabwean squad some confidence as they move on to the next challenge.

Following the conclusion of the second test in Abu Dhabi, Zimbabwe and Afghanistan will remain in the UAE to play a series of three T20 internationals. This is a format where Afghanistan are more competitive with many of their players employed by big T20 franchises in the Indian Premier League and beyond. As a result, sportsbooks linked to sbo.net are likely to make the Afghans favourites for the T20s.

The markets will open fully as the series draws closer and there will be live options which will be useful for those using mobile betting apps which are availble for iOS and Adroid. Those seeking further betting information should follow sbo.bet for news updates and opinion pieces on major cricket matches. Sportsbook promotions will also be listed so it’s a useful site for anyone interested in the cricket markets.

Zimbabwe relied on experience to an extent in their test win over Afghanistan. Sean Williams is 34 now and this was his third test century in 13 matches. Sikandar Raza is also 34 while Regis Chakabva is a year younger at 33.

Those players are unlikely to be around for too much longer so the younger batsmen will need to step up and take some more responsibility.

In the bowling department, youth are having their say. Blessing Muzarabani is just 24 while his opening partner Victor Nyauchi is a little older at 28. Both men are part of the future set up and will be looking to make Zimbabwe more competitive on the world stage.

Zimbabwe’s ODI side failed to qualify for the 2019 World Cup in England. They’ve fallen behind the likes of Afghanistan in the rankings and have suffered some unwelcome defeats at the hands of associate nations. The first target for the country’s administrators is to get back into those major limited overs tournaments.

Regular games against the bigger nations including India, Pakistan, New Zealand and the World Champions England will aid that goal. In the test match arena, it will be tougher for Zimbabwe to compete over five days but they must be exposed to that calibre of opponent. A busy year lies ahead now with the T20 series against Afghanistan followed by ODIs and T20is against Ireland.

By the end of those series, we will have a better understanding of how Zimbabwe can step up and make it back into 50 over and T20 World Cups moving forward.