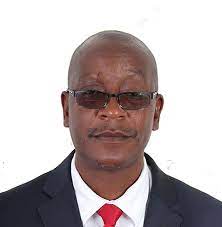 ON 15 May 2021, the High Court of Zimbabwe in the urgent applications
of Young Lawyers Association of Zimbabwe and Musa Kika issued an order
to the effect of which was to inter alia confirm that the term of
office of Honourable Justice Luke Malaba had expired and he had ceased
to be the Chief Justice of Zimbabwe after attaining the age of 70
years.In a statement issued on the same day, Hon. Ziyambi Ziyambi, the
Minister of Justice, Legal and Parliamentary Affairs although
professing to respect the above decision proceeded to criticise and
demean both the decision and the Honourable Judge, who on behalf of
the High Court delivered the judgment.

The criticism is in our view intemperate, less than measured and not
befitting of an Honourable Minister of the Government of Zimbabwe.

It also contained threats to judicial independence which are
unacceptable in a democratic nation and are inconsistent with the
doctrine of the separation of powers as enshrined in our Constitution.

We are further concerned and disturbed by the patently false narrative
in the statement that Zimbabwe Lawyers for Human Rights (ZLHR), is
using money to capture various state institutions and to destabilise
the Government of Zimbabwe.

There is not an iota of truth in these reckless and defamatory
allegations. The Minister of Justice, Legal and Parliamentary Affairs
knows this only too well.

ZLHR is a law-based organisation of law abiding legal practitioners
whose sole objective is to promote and support observance of the rule
of law and the promotion of constitutionalism.

In our efforts we have collaborated with both civil society and
various arms of the Government of Zimbabwe; the Minster of Justice,
Legal and Parliamentary Affairs will attest to this. We have litigated
extensively in order to defend the indigent and defenceless and to
uphold the rule of law. In this respect, our work speaks for itself.
We take strong exception to the false and defamatory statements of and
about ZLHR and our rights in this respect are fully reserved.

While we do not wish to comment on a matter which may very well be the
subject of an appeal we point out that in our law a litigant who is
unhappy with a court decision has the option of an appeal, where this
is available and is not entitled to demean the court that handed down
the decision or threaten unlawful action against the successful
litigant or vent their anger on third parties, regardless of how
disappointed they may be with the outcome.

The statement by the Minister of Justice, Legal and Parliamentary
Affairs does enormous disservice to Zimbabwe and its citizens and
sends the wrong message to all those who cherish justice and the rule
of law.

It is our hope that on reflection, the Minister of Justice, Legal and
Parliamentary Affairs will withdraw these gratuitously offensive,
defamatory and false claims against ZLHR and his contemptuous
utterances against the judiciary as they are unwarranted and harmful
to the interests of Zimbabwe.