As the crocodile’s jaws close on the opposition, Nelson Chamisa’s MDC party has launched an appeal for financial support from the public at home and in the diaspora ahead of the 2023 elections. 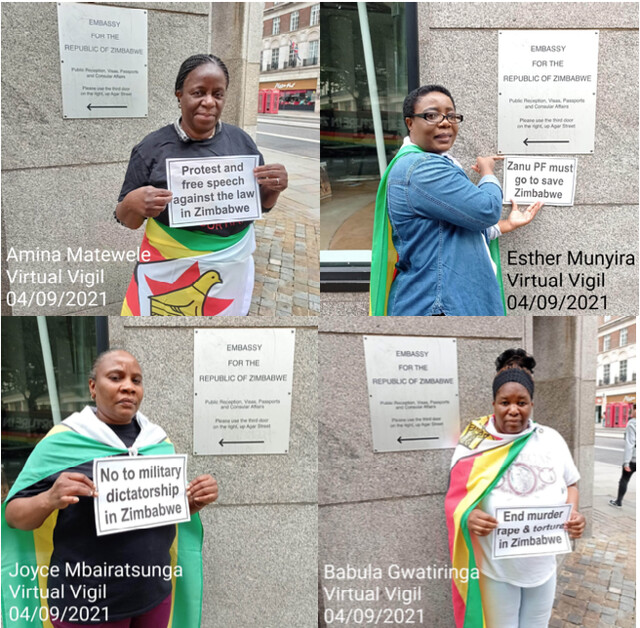 The move follows the government’s exclusion of the party from the arrangement under which political parties receive public funds n proportion to votes they received in the last elections. The last electoral results announced by the Electoral Commission said Chamisa received 45% of the presidential vote and Mnangagwa 51% – the rest going to fringe candidates. (The results are widely regarded as having been rigged in favour of Zanu PF.)

As part of its efforts to divide the opposition, the government has now ignored Chamisa’s party and given the funds to disputed MDC breakaways, led by Douglas Mwonzora. It amounts to $60 million Zimbabwe dollars. Zanu PF is getting $140 million.

The Chamisa party’s secretary for presidential affairs Jameson Timba condemned the move, saying that there was a High Court ruling banning the grant of the funds to either MDC faction until the legal dispute between them had been resolved. He said it showed Zanu PF’s desperation to ‘oil its surrogates’ to destabilise Chamisa’s party (see: https://bulawayo24.com/index-id-news-sc-national-byo-208189.html).

President Mnangagwa has admitted that Zimbabwe is deeply in debt to China and struggling to pay off its loans. Most of its deals with China are in exchange for mineral resources, leading to accusations that Mnangagwa is mortgaging Zimbabwe’s future (see: https://www.newsday.co.zw/2021/09/zim-sinking-in-chinese-debt-ed/).

Nevertheless, Mnangagwa is not short of money to splash out on the military. Information Minister Monica Mutsvanga said the cabinet had approved a number of projects ‘to ensure a comfortable life for the military’. They include shopping malls, residential flats and ‘robust armouries’.

Crisis in Zimbabwe Coalition spokesman Marvellous Khumalo said the government’s generosity to the military had everything to do with the forthcoming elections and also to protect the regime from any potential threats, including a coup (see: https://www.newsday.co.zw/2021/09/ed-pampers-military/).

Crisis in Coalition also condemned the proposed amendment of the Private Voluntary Organisation Act, which will make it a punishable offence for non-government organisations to engage in political activities. The Coalition’s director Blessing Vava said: ‘We implore the government to desist from muzzling the operations of civil society organisations and further shrinking the democratic space ahead of the 2023 elections.’ (See: https://www.newsday.co.zw/2021/09/stop-persecuting-pro-democracy-forces-govt-told/.)