A Harare businessman wants deputy chief justice Elizabeth Gwaunza to resign over alleged abuse of office in a case where he lost property worth over US$230 000. 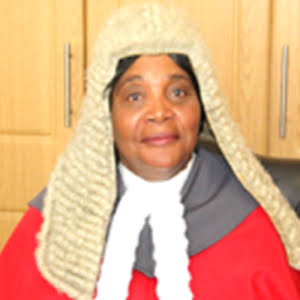 Tendai Mashamhanda is fighting to regain ownership of a Mount Pleasant house that he bought through a public auction before the sale was rendered null and void by the  Supreme Court.

He wrote to Justice minister Ziyambi Ziyambi a letter dated May 31, 2022, to complain about Gwaunza’s alleged misconduct, The Independent reports.

Mashamhanda also wants another Supreme Court judge Justice Chinembiri Bhunu, who endorsed the judgement to resign. Reads part of the letter seen by The Independent:

After dealing with the matter in an administrative capacity, the Honourable Deputy Chief Justice would then go to the Supreme Court to make her judgements on the matter.

They breached their oaths of office. They must resign to prevent further damage to the integrity of our judicial system.

Mashamhanda claims he owns the 4 377 square metre property worth over US$230 000 having bought it in 2019 through an auction.

The property had been attached from Harare lawyer Puwayi Chiutsi following a wrangle with his former client Elliot Rodgers over US$70 000 of trust money.

A company known as Baraide Investments is also claiming ownership of the property saying it bought it in 2019 through an auction as well.

But Mashamhanda argued that the firm did not participate in the auction, and could not have purchased the property.

Mashamhanda claims Gwaunza was conflicted to oversee the matter since she is the deputy chairperson of the Judicial Services Commission (JSC).

Mashamhanda said Gwaunza defeated the course of justice as she was aware that the property ownership wrangle was pending before the High Court.