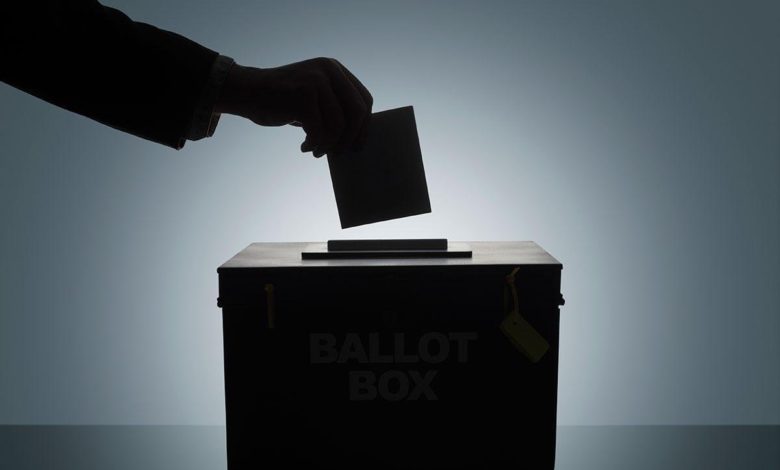 The Zimbabwe DiasporaVote Initiative has approached the Southern Africa Development
Community (SADC), through the Chairperson of the Organ on Politics, Defence and Security
Affairs, for intervention after efforts to communicate with the President of Zimbabwe and
Parliament of Zimbabwe were ignored. A letter was written to the current chairperson of the
Organ, His Excellency, Dr. Hage G. Geingob, on 30 September 2022 (see attached) inviting
intervention.

Who we are and what we are asking for
We are a non-partisan group of Zimbabweans living outside Zimbabwe, representing those
who need to vote during Zimbabwe’s elections like our colleagues from some SADC
countries who we live with in the diaspora do. Angola, Botswana, Eswatini, Mozambique,
Namibia, South Africa have their citizens living abroad voting in national elections, and
Tanzania and Zambia are working towards putting in place mechanisms to allow their
citizens living in the diaspora to vote.

An unfulfilled Promise by President Mnangagwa

Zimbabwean President, His Excellency, President Emmerson Mnangagwa announced his
commitment to work towards putting in place mechanisms to allow Zimbabweans to vote
from their domiciled countries in 2023 during a meeting with Zimbabweans on the side lines
of the United Nations General Assembly in September 2018 (Check YouTube link to
President Mnangagwa’s address to Zimbabweans in New York
https://www.youtube.com/watch?v=onN0bCx3TI0).

On 15 April 2022, we wrote to President Mnangagwa reminding him of his 2018
commitment, and asked what progress had been made to implement the diaspora vote,
requesting to know the challenges, if any, had been faced in fulfilling the commitment,
offering to help if we could. We did not get a response.
Parliament of Zimbabwe ignores Diaspora Vote Petition

After failing to get a response to our letter of 15 April 2022 from the President, we petitioned
the Parliament of Zimbabwe on 8 September 2022 praying for Parliament to make legislative
and/or Constitutional amendments to enable us to vote. There has been no response to this
petition, more than 21 days after submission.

On 26 September 2022, we petitioned President Mnangagwa in accordance with Section 59
of the Constitution of Zimbabwe, which grants citizens of Zimbabwe the freedom to
demonstrate and to petition authorities peacefully. Our petition was marked to the attention of
Dr. Misheck Sibanda, Secretary to the President and Cabinet. There has been no
acknowledgement of receipt of that petition to date.
Resistance to Diaspora Vote

After our letter to the President, there were media reports contradicting President
Mnangagwa’s commitment to implementing the Diaspora vote. The Minister of Justice,
Legal and Parliamentary Affairs Honorable Ziyambi Ziyambi told parliament that there

would be no diaspora vote (See link for details https://www.newzimbabwe.com/minister-scorns-diaspora-vote-says-zimbabwe-does-not-have-foreign-constituencies/). Ruling Party

Zanu PF’s Political Commissar, Patrick Chinamasa said diaspora vote would only take place
after sanctions imposed on Zimbabwe had been removed (check the following link for details
https://allafrica.com/stories/202106250512.html). It should be noted that it is not the
Zimbabweans living in the diaspora who have caused sanctions to be imposed on Zimbabwe,
so sanctions should not be used as an excuse to deny us our right to vote.

The contradictions that have come out from some sections of the ruling party indicate a
deliberate perpetuated attempt to violate our right to vote enshrined in the constitution.
Justice Minister Ziyambi Ziyambe has said the diaspora cannot vote because the constitution
does not allow diaspora vote. But if that was the case, the Constitution has been amended by
Parliament before to remove the running mate close (see the following link for the full story

https://www.newzimbabwe.com/senate-passes-controversial-amendment-bill-no-2-scraping-presidential-running-mate-clause/). We believe if there was a will, and if there was a real will

A May 2021 Petition Requesting Diaspora Vote has not been progressed

After submitting our petition to Parliament on 8 September 2022, we came across members
of another group of Zimbabweans which had in May 2021 submitted a petition to Parliament.
More than a year later, Parliament has not moved to take the necessary steps to ensure the
diaspora vote was possible in 2023 as per President Mnangagwa’s expressed commitment.
In our view, it is not necessary to amend the constitution to allow the diaspora vote, because
the Item 1(2) of the Fourth Schedule of the Constitution of Zimbabwe specifically states that
The Electoral Law may prescribe additional residential requirements to ensure that voters

are registered on the most appropriate voters roll, but any such requirements must be

consistent with this Constitution, in particular with section 67. That part of the Electoral Act
can be amended to enable polling stations to be created in the country of residency of
diaspora voters. All the same, if a constitutional amendment was necessary, Parliament
should have moved to make the amendment.

We view the failure to at least acknowledge our correspondence to the President, and to
petitions to Parliament and to the President as deliberate efforts to deny us the diaspora vote.
The President should have used his executive authority to get the Minister of Justice to look
into the necessary amendments.

It is not too late to make the appropriate changes, given that the Lancaster House Agreement
was signed towards the end of 1979, and elections were held on 14 February 1980. Kenya has
just held their inaugural diaspora vote when voters only participated in the Presidential
election, and if it would cause logistical complications to include parliamentary and council
elections, the Zimbabwean diaspora vote 2023 may be restricted to the Presidential ballot.
President Mnangagwa Appreciates Diaspora Contribution to National Development
Diaspora contribution to national development and welfare has been recognised. President
has penned an article titled None but ourselves, published in the Sunday Mail of 20 March
2022, in which he acknowledged Diaspora Zimbabweans’ “repertoire of top skills and
competencies”, and how these Zimbabweans “remain connected to, and engaged with their
homeland”.

President Mnangagwa has correctly pointed out that diaspora remittances have surpassed the
$1 billion mark, making the Zimbabwean Diaspora community “a veritable factor in national
development, indeed a force for greater good ” In the Sunday Mail article President
Mnangagwa described the Diaspora as “equal to, and just as important and as deserving” the
Zimbabwean citizens based in Zimbabwe. (Link to the Sunday Mail article here

Diaspora support is relied on during critical times. An article by Farai Marapira posted on the
Zanu PF website quotes President Mnangagwa saying
“In view of the ongoing COVID19 related National Lockdown and following
concerns from users of money transfer services, I have now directed the Governor of
Reserve Bank of Zimbabwe to immediately address constraints around this essential
financial service….The new environment arising from the National Lockdown has
increased our people’s dependence on remittances which also have the added
advantage of reaching directly the most marginalized numbers of our Nation. Because
of the necessary National Lockdown, livelihoods in the informal sector have been
disrupted thus forcing many households to depend on the support from their loved

ones abroad. It is thus critical for our financial services institutions to adapt their
operations to the new emergency situation.”

(Link to the article titled Remittances relief for diaspora and families
https://www.zanupf.org.zw/news/remittances-relief-for-diaspora-and-families )

Diaspora support also made a difference during Cyclone Idai. An article by Ryan Lenora
Brown of 26 March 2019 titled “It has to be us”: How a diaspora rushed to raise aid after
Cyclone Idai chronicles how Zimbabweans living in the diaspora mobilised resources to
assist during the disaster (Link to the full story here

Why Diaspora Bond without Diaspora Vote

Government has just announced that it is finalising modalities to facilitate the establishment
of diaspora bond to enable Zimbabweans in the diaspora to contribute to national
development (Mthuli takes diaspora bond campaign to America | The Chronicle). Ironically,
it is the same government that did not move with speed to put in place modalities to enable
the same Zimbabweans in the diaspora to vote.

The Zimbabwe DiasporaVote Initiative will mobilise businesses in Zimbabwe that benefit
from diaspora inflows, families that benefit from relatives in the diaspora, human rights
organisations, political parties in Zimbabwe and in the SADC region, and in Africa at large,
to amplify our voices in pressing for the diaspora right to vote. We call upon the media to
amplify our voices by publicising the calls for the diaspora vote, and by carrying out
interviews with those that are supposed to create the modalities for diaspora vote, including
the President who has promised the diaspora vote but seems not to have exercised his
executive authority to ensure that what he has promised is implemented.

Implementing the Diaspora Vote is just as urgent other national development initiatives such
as the Diaspora Bond. Government officials must ask themselves what they have done to
implement the long promised Diaspora Vote before they go to the same audience and start
preaching the Diaspora Bond before other promises have been fulfilled, or without any
tangible efforts that have been made to implement earlier commitments.
Parliament of Zimbabwe must explain why an admissible petition that was submitted in May
2021 has not been progressed.

For further details, please contact Padmore Kufa, Spokesperson for the Zimbabwe
DiasporaVote Initiative on +61 414 477 659 or email us on
[email protected]