The Crisis in Zimbabwe Coalition has accused President Mnangagwa of planning a clampdown on the opposition MDC Alliance ahead of the elections due in two years’ time. 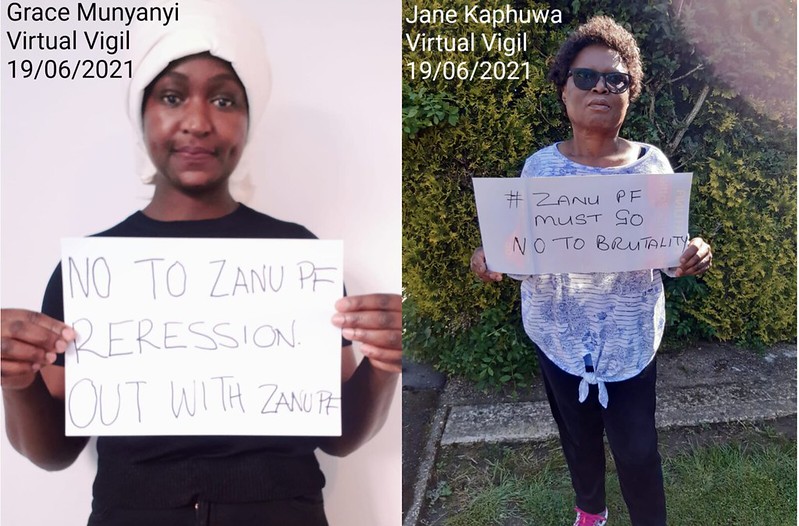 Crisis Coalition said this was shown by Mnangagwa’s recent description of MDC A as ‘a terrorist organisation’ and the government’s revival of the controversial National Youth Training Service programme – known as the Green Bombers – who unleashed violence against opposition supporters in previous elections.

It noted that the president last month also urged war veterans to again campaign for Zanu PF ahead of the elections. War veterans were also notorious for their violence. Crisis Coalition noted: ‘It is unfortunate that the ruling party has gone a gear up to threaten more violence, and this time, it is President Mnangagwa himself inciting Zanu PF supporters against the opposition’.

Mnangagwa’s attack on MDC A came in remarks at a meeting with war veterans in Harare, at which he described the opposition party as ‘pro violence’ and ‘anti people’. MDC A deputy spokesperson Clifford Hlatywayo says that, on the contrary, it was Mnangagwa who was responsible for untold suffering and terror. ‘He is preaching hatred to cover for his terror acts. What kind of leader does that?’ (See: https://www.thestandard.co.zw/2021/06/13/mdc-alliance-are-terrorists-ed/.)

The breakaway MDC T faction led by Douglas Mwonzora has been shaken by his unannounced meeting with Mnangagwa and Deputy President General Chiwenga at State House. Mwonzora did not take any party leaders with him and said the meeting was ‘merely setting the tone for dialogue’ ahead of the elections.

MDC T’s Vice President Thokozani Khupe apparently didn’t know about the meeting and the party’s national chairperson Morgen Komichi appeared unsure of what the meeting was about (see: https://www.newsday.co.zw/2021/06/ed-mwonzora-secret-meeting-divides-mdc-t/).

A ‘disgruntled MDC T insider’ is quoted in the Zimbabwean as suggesting that Mwonzora, having failed to get grass roots support across the country, was looking to Mnangagwa to include him in a ‘unity government’ (see: https://www.thezimbabwean.co/2021/06/zanu-pf-lacoste-zanu-pf-mwonzora-to-form-unity-government/).

It all looks like the scenario outlined by former Zanu PF minister Jonathan Moyo in his book Excelgate, which explained in detail how Zanu PF has honed election rigging machinery as part of what commentator Jethro William Mpofu described as ‘an evil and murderous, corrupt system’ (see: https://www.zimlive.com/2021/05/27/excelgate-the-anatomy-of-electoral-fraud-and-force-in-zimbabwe/).

·         A reminder of the opportunity to remember 7-year-old Jesse Tafara Gwatidzo, who passed away last month. See: https://jessegwatidzo.muchloved.com/ and Notices below.