The Zimbabwe Republic Police (ZRP) has refused to approve a Robert Gabriel Mugabe Memorial Gala that was set for Zimbabwe Grounds on Saturday, 17 September 2022 but did not give any reasons for the decision. 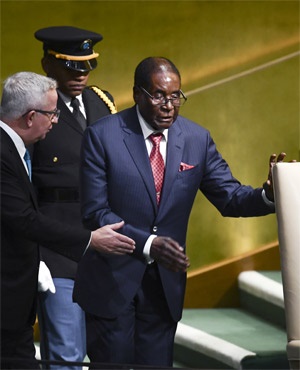 Kunaka wrote a letter to the police on 12 September notifying them to hold the gala in terms of the Maintenance of Peace and Order Act [Chapter 11:23].

In response to Kunaka, Officer Commanding Police Harare South District, Chief Superintendent, M Majojo, said the gala has not been approved. He wrote:

Reference is made to your letter dated 12 September 2022… In the letter, you notified to hold a Robert Gabriel Mugabe memorial gala at Zimbabwe Grounds, Highfield, Harare from the 17th to the 18th of September 2022 from 1700 to 0600 hours.